is Augustana's art and literary magazine. Published once a year, SAGA accepts student submissions of poetry, fiction, and artwork, including drawings, paintings, and photography.

Creative writers find in SAGA a rewarding showcase for their work (and not just because the editors award nearly $2,000 each year to the year's best submissions).

Students interested in publishing also gain experience working in paid positions on the editorial board as copyeditors, technical editors and publicists.

Students interested in careers in publishing and editing enjoy at Augustana what students at many private liberal arts colleges do not: the chance to work and learn with a publishing company on their own campus. East Hall Press, under the direction of Dr. Karin Youngberg, Conrad Bergendoff Professor of the Humanities, has been in operation since 1969.

East Hall publishes works of local interest — specifically, works about the Midwest, the Quad Cities, and the Mississippi River, and works by local poets and writers (both fiction and nonfiction).

Students interested in East Hall Press should enroll in Dr. Youngberg's ENGL 213: Book Publishing class, where they will learn about the fundamentals of publishing as they make and implement choices about the design, style, format, and mechanics of East Hall's current book projects. \

Augustana's student newspaper, The Observer, employs an all-student staff of writers and editors. Published weekly, the paper offers students interested in writing and editing an opportunity to practice the craft. English majors are frequently employed by the paper. Students are paid for their work with The Observer.

In the late 19th and early 20th centuries, some of the most important writers in America hailed from Davenport, Iowa and its surrounding areas. Today, most people don’t know their names.

To recover Davenport’s rich literary history, Augustana English majors have built the Davenport Writers Project to share research — both published and original student work — about these writers. A story map includes excerpts of stories and poems about Davenport matched with photos of the locations in which they are set.

The 2022 River Readings will welcome Paisley Rekdal, poet laureate of Utah, on April 27. The reading will begin at 5 p.m. in the auditorium of the Olin Center. The event is free and open to the public 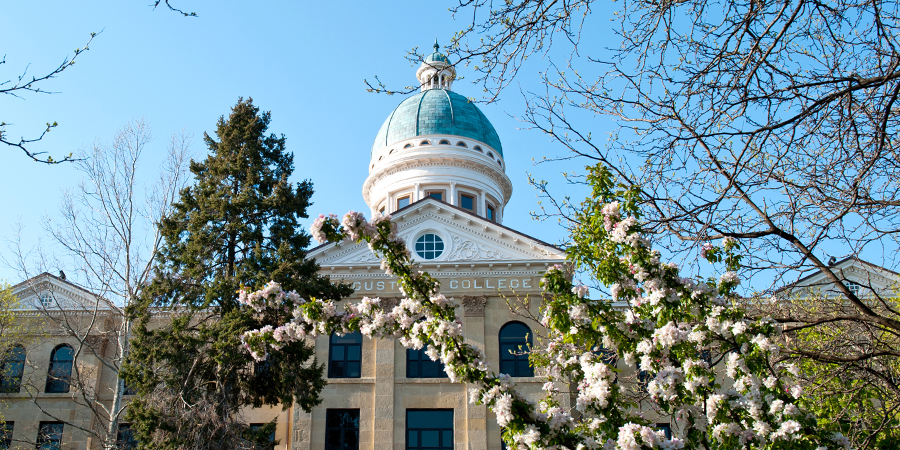