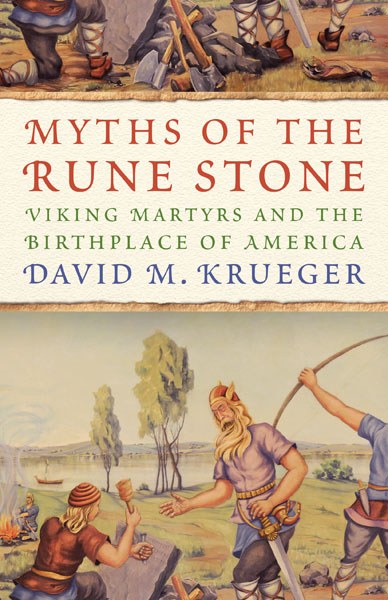 January's book is Myths of the Rune Stone: Viking Martyrs and the Birthplace of America by David M. Krueger, 2015.

"In 1898, a Swedish immigrant farmer claimed to have discovered a large rock with writing carved into its surface in a field near Kensington, Minnesota. The writing told a North American origin story, predating Christopher Columbus’s exploration, in which Viking missionaries reached what is now Minnesota in 1362 only to be massacred by Indians. The tale’s credibility was quickly challenged and ultimately undermined by experts, but the myth took hold." --from Amazon

Register by January 11 to receive an access code to join the Zoom meeting.